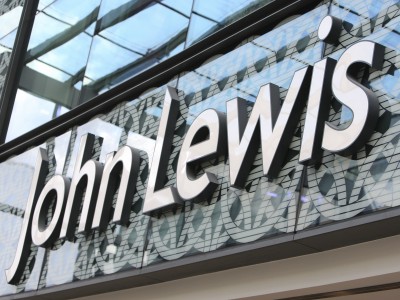 Complaints to John Lewis can be made on 0844 409 6494. Other options to resolve complaints are shown on the website: these cover all options such as post, email and personal visit to a your local store (or whichever store is applicable to your complaint).

John Lewis is a chain of department stores located throughout Great Britain selling a comprehensive range of products for men, women and children including clothing, accessories, toys, sport and leisure items, electrical products and gifts.

With a traditional approach to business, John Lewis has been using its “Never Knowingly Undersold” slogan since the mid 1920’s, and prides itself in offering top class levels of customer service. They offer three year warranties on most electrical items regardless of the manufacturer’s offering.

The flagship Oxford Street store opened as a drapery shop run by the eponymous John Lewis in 1864, and the company grew through the acquisition of various other stores over the years.

Today, the news that John Lewis is taking space in a new shopping development soon attracts others as the company is seen as a key ‘anchor tenant’ for new shopping zones.

The company runs 42 department stores in England, Wales and Scotland, and there are 10 of the newer format ‘John Lewis at home’ stores which concentrate specifically on electrical, home and technology products.

Another store format is being developed, the ‘flexible format’ store, which fits between the full scale department stores and the smaller ‘at home’ types. The ‘flexible format’ stores will focus on fashion, home and electricals/technology but vary in exact content to reflect their respective geographical locations. The first opened in Exeter in 2012, the second opened in York in April 2014 and others are following.

Contact John Lewis using the complaints line on 0844 409 6494 between 7.00am and midnight 7 days a week. Full details of other complaints methods are on the ‘essential information’ part of the website. How to complain by post, fax, email and telephone are shown here along with the contact details.

The company offers a technical support line/email service for issues with operating electrical equipment, and the company stress their willingness to help resolve any complaints you may have. If in-store, they are very keen for you to make your complaint known at the time if possible so they can endeavour to resolve it on the spot for you.