US Secretary of State berates HSBC over Hong Kong Affair 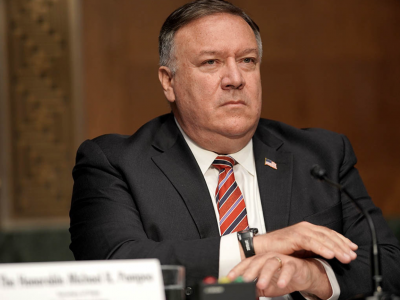 US Secretary of State Mike Pompeo has resumed critiques of the transnational banking corporation HSBC in regards to its recent action in Hong Kong. Earlier this year in June the US Secretary of State had condemned HSBC when it first gave its approval to China’s new security law and said Beijing had used ‘coercive bully tactics’ to gain such support. Most recently however, Pompeo has alleged that HSBC has been covertly aiding the Chinese Communist Party (CCP) in its repression of political dissidents in Hong Kong.

It comes after many executives of the Hong Kong based media company Next Digital Ltd were unable to access their HSBC accounts. Previously the founder and part owner of the pro-democracy media firm Jimmy Lai had been arrested by the Hong Kong authorities in August due to the new security law. In recent statements Secretary Pompeo has claimed that HSBC is actively supressing accounts of those who are in favour of democracy and freedom in the region, and maintaining accounts of those seen to be conforming with the draconian policies of the Chinese Communist Party. Secretary Pompeo went on to state “Free nations must ensure that corporate interests are not suborned by the CCP to aid its political repression.”. HSBC has neglected to make any formal comment on the matter.