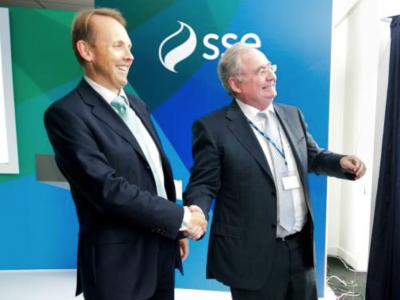 Scottish & Southern Energy PLC, one of the UK's big six energy providers has decided to freeze their domestic energy tariffs until 2016. This twenty month commitment comes after most of SSE's competitors raised their tariffs at the end of 2013. SSE is the UK's second largest energy provider and serves five million households. SSE chief executive Alistair Phillips-Davies has indicated that profits will suffer which will in part be offset by five hundred job cuts and the scaling back of its offshore wind farm operations. SSE estimate a saving of £100m in operational costs as a result of these measures.

This twenty month price freeze may appear attractive on the surface however there are a large number of cheaper deals lasting longer including one from SSE themselves. The Perth based supplier provides household gas and electric, and for customers purchasing dual fuel the average household bill will be held at approximately £1250.00 per annum until 2016. SSE have performed a strategic u-turn as it previously argued against such freezes intimating they were dangerous after the idea was forwarded by the current Labour leader Ed Miliband in autumn 2013. It is predicted that the other big six energy suppliers will follow suit in the coming months.