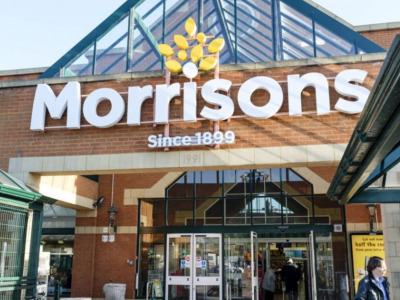 A video of an incident at a Morrisons store in north London recently surfaced on social media. The video was recorded at the Morrisons in Palmers Green and depicts a female employee furiously shouting abuse at a black customer. The altercation had already begun before the video starts, initially the woman is off screen and the customer in question can be seen being held back by a Morrisons security guard. It is unclear how the confrontation between the two individuals started, however the employee can at first be heard saying “All I said to you was turn the card over you stupid f**** c***.” In response the customer says, “They’re going to sack you now”. Meanwhile bystanders are gathered around completely confounded.

The employee then storms over towards the customer once again screaming as co-workers attempt to deescalate the situation. She shrieks “Come and hit me, hit me then I can take you to f***ing court you c***”. Shortly after the employee who seems to be an ethnic minority of south Asian descent herself then screams, "Hit me you f***ing p***k, you black c***". The racist remark was received with scornful gasps from nearby shoppers horrified by what they had just heard. The woman continued to berate the man with abuse even making a threat. She said "I'll get someone to come and hurt you, you're going to hate me. You don't know who I am you p***k, you don’t know who my family is". At this point the employee and customer had moved far apart from one another. Finally, the employee complains aloud that she continuously encounters ‘mental abuse’ from customers. The woman was subsequently sacked from her position at Morrisons, although Morrisons have declined to comment on the incident.