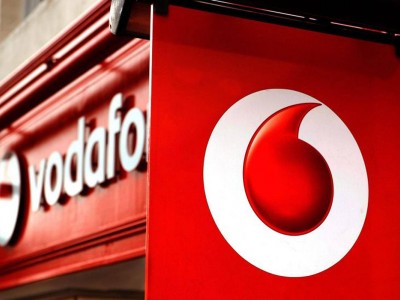 To make a complaint to Vodafone, contact them by telephone on 0844 409 8654. Their website has comprehensive customer support and complaints information. They ask you to follow a structured complaints procedure, and full details on how to do this are provided.

Vodafone Group plc is the second largest largest mobile telecommunications company in terms of subscribers and revenue, and as of the end of March 2104 had 434 million subscribers. They are a British multinational company and operate networks in over 30 countries with partner networks in 40 more.

The name Vodafone derives from ‘voice data fone,’ and the brand evolved back in the early 1980’s through the establishment of Racal and later a joint venture with Milicom called ‘Racal Vodafone.’ The company were award the second cellular radio licence (after BT) in 1982, effectively setting the company’s business in motion. They made the first ever mobile call in 1985 from London to their Berkshire headquarters, and now employ over 8,000 people across the UK.

From small beginnings at the vanguard of mobile phone provision in the UK, Vodafone has grown and been involved in some huge commercial transactions including the £1.04 billion takeover of Cable & Wireless Worldwide (CWW) in 2012. This automatically gave Vodafone access to CWW’s fibre network and thus enabling it to make a strong communications service offering to businesses.

Recent high spots for the company include the provision of 4G to half a million of their customers just six months after launch, and they announced plans to provide network coverage in the Eurotunnel.

Call Vodafone’s complaints line on 0844 409 8654 (7 days a week 8.00am - 9.00pm). Their website outlines the complaints procedure to follow along with other contact options such as post, email, live chat or visiting a retail store to discuss your issue face-to-face.

If, having followed the steps fully in making your complaint, you are still not satisfied then you can contact the independent Ombudsman (details below). Before doing so, ensure you have followed the complaints procedure FULLY and in possession of a ‘deadlock letter’ from Vodafone. This is their final offer of a resolution of your complaint.