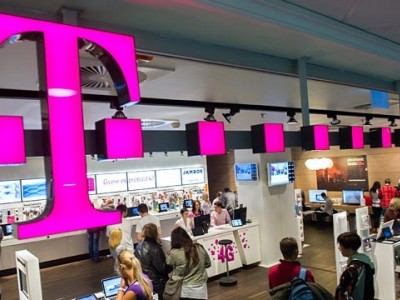 Complain to T-Mobile by telephone on 0844 409 7963. Other contact options are available, and a structured complaints procedure is outlined on the website if an initial telephone call does not resolve your issue.

T-Mobile is a joint German and French owned mobile broadband and network provider based in the UK. It is now owned and operated by EE who are the UK’s largest mobile network.

T-Mobile began as Mercury One2One, a mobile network run by the defunct Mercury Communications. The company became known simply as ‘One2 One’, and was rebranded as T-Mobile in 2002 three years after being taken over by Deutsche Telekom.

In September 2009, the parents of both T-Mobile and Orange announced they were to merge their respective UK origins to create one large mobile operator accounting for 37% of the market. After some resistance by regulatory bodies, the merger went ahead in spring 2010 with both T-Mobile and Orange brands living on although their merged parent company would be known as ‘EE.’

The consolidation of branding between T-Mobile, Orange and EE began soon after with all stores being re-branded EE thus creating 700 one-brand stores in the UK.

T-Mobile’s website is now closed and people searching are re-directed to the EE main site, and specific T-Mobile tariffs are no longer available online. Customers mostly have ‘EE’ showing on their screens as all brands now use the EE network.

Call 0844 409 7963 to make a complaint about your T-Mobile service. There is full information regarding other contact methods and the company’s complaints procedure on the EE website. If your initial telephone call does not resolve your issue, then you should proceed with the laid down complaints procedure.

If this does not bring satisfaction, then you can seek a resolution from independent body CISAS or the Ombudsman (details of both below). Make sure you have received a ‘deadlock letter’ from EE first as their final offer of a resolution to your complaint BEFORE contacting the Ombudsman.