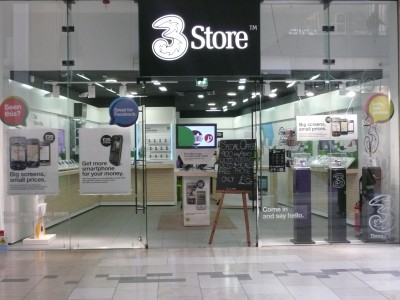 To complain about the Three mobile service call the complaints line on 0844 409 8522. There is also a complaints section on the website along with comprehensive information covering mobile and network use.

Three is a mobile telephony network available to UK users along with many other countries including Australia, Hong Kong Indonesia and parts of mainland Europe.

Three is a brand name of Hutchison Whampoa who own the main interests in the companies operating the networks branded Three. There are in excess of 23 million Three customers worldwide, and they have been operational in the UK since March 3rd 2003.

Three started off by looking only to offer a 3G service, but had to make provision for ‘standard’ 2G as 3G hadn’t really taken off at this stage. It is something Three reluctantly offered through a third party (latterly Orange).

Three run their own stores in throughout the UK, and their mobiles and contracts are sold through online retailers such as Carphone Warehouse. They expanded their retail presence by buying 95 shops from O2 and The Link along with opening shops in large malls such as Bluewater.

Three became the fourth network to offer Apple’s iPhone in 2010 (Apple had previously made it available through one network at a time), and in the same year were voted Best Network for Mobile Broadband in a YouGov survey.

Three are making the latest 4G mobile service available, and have been offering it in certain locations since December 2013 when it started in London, Manchester, Birmingham and Reading. It is due to open up in 450 more locations by the end of 2014.

Contact Three on their complaints line 0844 409 8522. A comprehensive complaints section is on the ‘contact us’ section of their website, and you can get in touch via email (online form) and by post along with the telephone option.

Three have a structured complaints system in place, and they try to resolve all complaints within 14 days if possible.

You can contact the Ombudsman if your complaint hasn’t been dealt with to your satisfaction, but you MUST have gone through the company’s complaints procedure IN FULL and be in possession of a ‘deadlock letter’ from Three before contacting the Ombudsman.