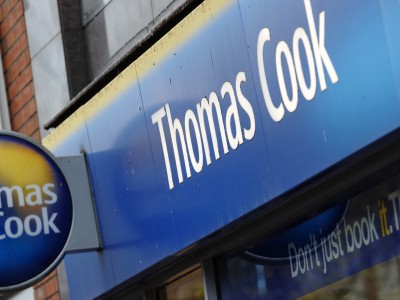 Thomas Cook owns several tour operators along with charter airlines in the UK, Scandinavia and Belgium. In 2008 it acquired the hotel booking website Hotels4U in a £21 million deal and Gold Medal International, the owner of NetFlights, for £87 million.

In 2010, the company merged its branch network with Co-operative Travel which saw their Going Places branches being rebranded under the Co-operative brand name.

The company hit some turbulent times in 2009 when its main shareholder, Arcandor, filed for bankruptcy and in 2011 the company’s shares lost some three quarters of their value when they were negotiating increased borrowing from their bankers.

Since May 2012, Harriet Green has been chief executive officer of the group.

With a combined fleet of 97 aircraft, nearly 33,000 employees, over 2,900 stores and over 19 million customers, Thomas Cook is the second biggest travel company in the UK and Europe after TUI Travel (owners of Thomson Holidays).

Thomas Cook have been involved in various high profile sponsorship deals including Manchester City and Peterborough United football clubs, and the London Olympic Games of 2012.

A full range of holidays including long haul destinations, city breaks, ski trips, beach holidays and cruises. Various combinations can be booked such as all-inclusive holidays, flights only or flights and hotel.

To complain to Thomas Cook, call the complaints line on 0844 409 6480. There is a complaints section on the ‘contact us’ part of the company website which features a menu-driven system for making a complaint online.

There is also a comprehensive ‘help’ section containing a FAQ list (incorporating the ‘how do I make a complaint?’ section).

ATOL, the scheme to protect you from losing money and being stranded abroad if your holiday company financially collapses, has a useful website at: www.atol.org.uk