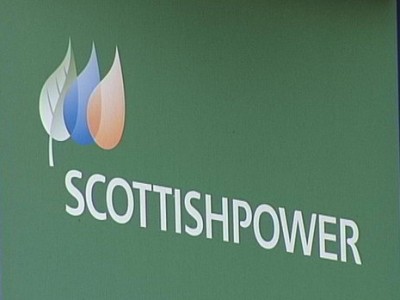 In common with other energy suppliers, Scottish Power have a structured complaints procedure as prescribed by the energy regulator, Ofgem. In the first instance, you should phone on 0844 409 8672 to set the process in motion.

Scottish Power, while concentrated heavily in Scotland where it controls part of the electricity distribution infrastructure, supplies electricity and gas to homes and businesses throughout the UK. It also supplies power to the national grid.

Scottish Power was formed in 1990 the year before the Scottish electricity industry was privatised. Following the opening up to competition of the British energy supply industry, the company successfully gained market share throughout the UK from British Gas who had the monopoly on energy supply at the time.

In 2006 Scottish Power were taken over by Iberdrola, a Spanish energy company, thus creating the third largest utility company in Europe.

The company have been subject to investigations from industry regulator Ofgem for suspected abuses of their dominant position as co-owners of the electricity supply network in Scotland. They have previously been criticised by Ofgem who recommended customers switch supplier when they did not reduce prices in line with the rest of the industry.

Scottish Power supply energy to over 5 million customers throughout the UK.

This service may be free for customers who qualify (check website for details). The company also offer a boiler and central heating maintenance plan. For a fixed monthly price, inspections and repairs will be made to the customer’s boiler and/or central heating system to prevent the possibility of large and unexpected bills.

Scottish Power has a clearly explained complaints procedure. To begin with, you should call the complaints line on 0844 409 8672 and explain why you are not happy.

Finally, if there is still no resolution you can take it up with the Ombudsman for energy (details below). Before reaching this stage, you MUST have followed Scottish Power’s complaints procedure FULLY. 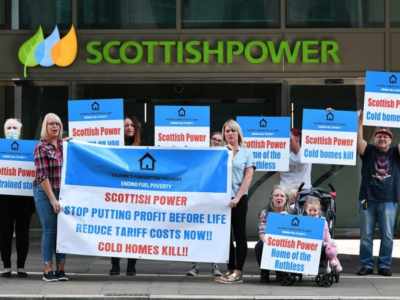 Protests of around 50 people were seen outside Scottish Power’s HQ yesterday. Falkirk’s Forgotten Villages – Ending Fuel Poverty, a pressure group formed late last year by residents of Falkirk, Fiona Gordon and Claire Mackie mobilised members and gathered outside Scottish Power’s company headquarters on St Vincent Street, Glasgow on Monday the 24th of August as part of their campaign against “astronomical” gas and heating bills, and the “fuel poverty crisis”.