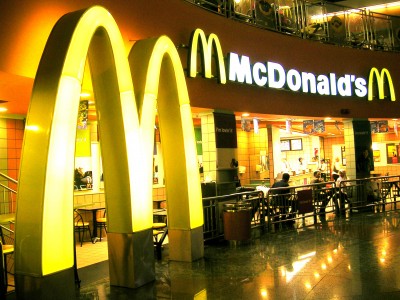 You can telephone the McDonald’s complaints line on 0844 409 7177 to discuss any aspect of poor service received and/or issues with food you’ve purchased. You can also write, email or visit the store where your complaint originated.

McDonald’s is the largest chain of hamburger restaurants in the world operating in 119 countries through 35,000 outlets employing 1.7 million people and serving some 68 million customers a day.

McDonald’s dates back as far as 1940 when brothers Maurice and Richard McDonald opened a barbecue restaurant in California. By 1948 they’d turned it into a hamburger restaurant utilising production line procedures before eventually selling to businessman Ray Croc - one of the company’s franchise agents who oversaw the company’s huge worldwide growth.

McDonald’s made its name selling hamburgers, but has diversified its product range to include chicken, fish, breakfast items such as bacon rolls, and various desserts including apple pies and cold desserts such as the ‘McFlurry.’

The company deviates from its ‘standard’ menu to reflect customs and tastes of the country it operates in. For instance, in Indonesia rice products are sold and in Singapore prawn burgers are available. Vegetarian options are usually available, and seasonal dishes are sold such as the ‘McRib’ sandwich.

McDonald’s restaurants come in various configurations ranging from a standard walk in restaurant to those offering a counter and ‘drive thru’ service. The ‘drive thru’ concept was developed in 1975 and appeared in Britain for the first time in 1986.

McDonald’s operates partly under a franchise system where restaurants are run as private businesses. They adhere strictly to the company’s business blueprint including the corporate ‘look’ of the premises and the way food is prepared. Around 15% of restaurants are operated as franchises, the remainder are either owned and run by the company direct or operated as joint ventures with other parties.

Complain to McDonald’s on the complaints line 0844 409 7177 (Mon - Fri 8.00am - 7.00pm, Sat 10.00am - 4.00pm, closed Sundays and Bank Holidays) if your grievance relates to food purchased and/or an incident in one of their restaurants. Although some restaurants are franchises and thus privately owned businesses, you can still make a complaint centrally to McDonald’s themselves. Along with the telephone, you can email the company.