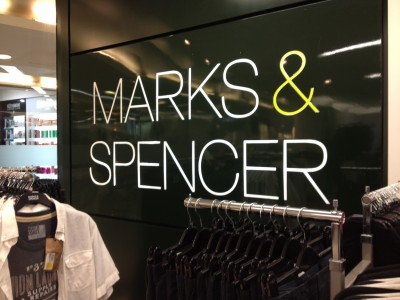 To make a complaint call 0844 409 6495 to try and resolve your issue. The company can be contacted by email or post, and if the issue relates to an experience in-store then visiting the store in question and speaking to someone in authority such as the manager is possible.

Founded in 1884, Marks & Spencer was formed through a partnership between Michael Marks, a Belerusian Jew, and Yorkshireman Thomas Spencer. It is a huge British-based multinational retailer selling clothing, home and luxury food products.

Marks & Spencer began when Michael Marks and Thomas Spencer amalgamated market stalls in 1903 in Birkenhead, forming their famous Penny Bazaar, and continued there until 1923 when they began opening various market stalls in the north of England.

The company forged its reputation through a policy of only supplying British made goods and pledging top class customer service by offering refunds of returned items no matter how long ago purchased.

Expansion followed in the 1970’s with new stores opening in Europe and further afield, the company adhering to a firm quality and customer service pledge. By 1997/98 the company became the first British retailer to make a pre-tax profit of over £1 billion. Surprisingly, soon after this the company went into a slump.

The rising cost of using only British suppliers while competitors used lower price overseas suppliers was mainly blamed for this. Also, the company wouldn’t accept credit card payments other than its own charge card which compromised its service offering. When it did switch to overseas suppliers, this removed one major aspect of its sales appeal to customers.

Overall, Marks & Spencer has had a turbulent time in recent years in the face of intense competition and its various attempts to revamp its look and style. Product ranges and branding has come and gone, the stores and logos have been face lifted and the famous ‘St Michael’ clothing brand has all but disappeared.

The company have diversified into other non-core product categories such as finance and energy supply.

Contact Marks & Spencer on 0844 409 6495 to make a complaint. The website contains comprehensive advice on how to resolve issues in the ‘help’ section, but you can email, write or visit a store (if a store-based complaint).

Postal Address:
(Store service & product quality only - other departments such as M&S Bank have different addresses: check the website ‘contact us’ section)