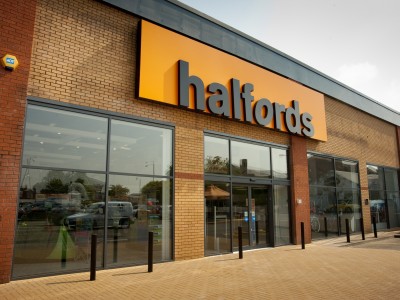 You can complain to Halfords by calling on 0844 409 6491. Their website outlines details of how to track online orders, return items and provides general help topics, but if these do not resolve your issue then other complaints methods can be used. These include post and email.

Halfords is an in-store and online retailer of car parts and accessories, car enhancement, touring, camping and bicycle and related items. The Halfords Autocentre part of the company provides MOT, servicing and repairs.

Formed by Frederick Rushbrooke as a wholesale ironmongery in 1892, the company was named ‘Halfords’ after the road in Leicester it was re-located to in 1902 when it started selling cycling goods.

By 1931 its 200th store was open, and by 1968 there were 300 Halfords stores in operation. For a while the company was owned by Burmah Oil and the Boots Group before being taken over by CVC Capital Partners in 2002.

In 2010, the company took over the Nationwide Autocentre MOT chain with the intention of re-branding them under the Halfords banner. As of 2013 there are some 250 operational Halfords Autocentre premises.

For a time, Halfords expanded into eastern Europe where cars tended to be older with more owner maintenance being undertaken hence the need for more spare car parts. This policy was dropped and now the company no longer operates stores outside the UK or Ireland.

As of 2013 the company employed over 12,000 people and generated an operating profit of just over £52 million.

Their website provides useful information relating to possible online order issues, and you can complain via post and email (through online contact form) if you wish.