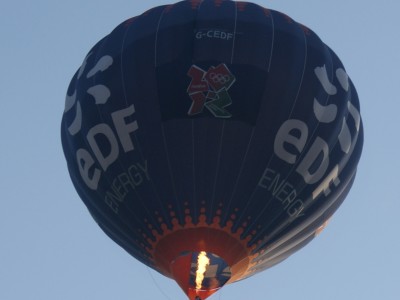 If customers need to make a complaint to EDF, a call to their complaints number on 0844 409 6459 is usually the best first step. This number and other contact methods along with the steps to take in making a complaint are on their website.

EDF supplies energy in the form of gas and electricity to homes and businesses in the UK and has some 5.7 customer accounts.

EDF is a French-owned energy supplier that came into being in 2002 following the mergers and acquisitions of various British-based electricity companies along with generating facilities such as three power stations. In 2009, they acquired British Energy, the UK nuclear generating company, and thus turned itself into one of the UK’s largest energy generators.

EDF is involved in most types of energy generation:

Wind - EDF own three wind farms with another in development.

Renewable - along with wind, EDF are researching and planning other electricity generation methods including tidal powered turbines.

EDF supply gas and electricity to homes and businesses. Customers can select a tariff to suit from the choice available.

Electrical heating products can be supplied and fitted, and existing electrical wiring and appliances inspected for safety and effectiveness.

Insulation products and boiler insurance cover can also be provided.

EDF operates a full step by step complaints procedure fully described on the website as per the requirements set out by industry regulator Ofgem. In the first instance, call the complaints line on 0844 409 6459. After this, correspondence by email and/or post is required to seek a resolution.

There is a ‘Making a Complaint’booklet available as a download from the ‘Complaints’area of the website, and it includes the addresses of regional EDF premises where, if required, customers can go for a personal meeting with EDF staff as part of resolving complaints.

An annual complaints report, showing how effectively EDF handled complaints over the past year, is also available for inspection.