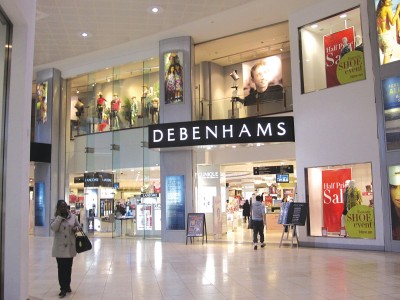 Complaints to Debenhams should be made via the following number: 0844 409 7805. It is also possible to make a complaint through the website via email and/or (if it stems from an in-store situation) visit the store concerned and speak with the manager or an employee in a position of authority.

From its origins in the eighteenth century with one store in London, Debenhams has grown to 172 locations throughout the UK, Ireland and Denmark.

The company grew through the acquisitions of department stores in various UK locations under the leadership of chairman Ernest Debenham. Amongst noteworthy purchases was the famous Harvey Nichols store in Knightsbridge, London.

The Burton Group bought Debenhams in 1985 although they demerged in 1998. The company’s largest British store opened in Birmingham in 2003, a new headquarters in London was opened in 2013 and its flagship Oxford Street store was recently refurbished at a cost of £40 million.

There have been some protest incidents against Debenhams from the Animal Liberation Front who effectively caused the company to stop selling clothing incorporating animal fur.

In 1993, the company introduced the ‘Designers at Debenhams’ brand. The idea was to offer designer names and brands at high street prices. This move has been highly successful with designers such as Jasper Conran, Jeff Banks and Ted Baker featuring.

Along with the high street stores, the company runs a retail website and provides mobile apps to allow convenient online shopping.

A store card is offered, and the company provide financial services through insurance and credit card products.

The main Debenhams brand is used by stores in over 20 other countries operating it under licence including: Iceland, Armenia, Kuwait, Pakistan, Russia, Turkey, Arabia and Romania.

The website contains comprehensive information under the ‘help menu’ to assist you in resolving issues.