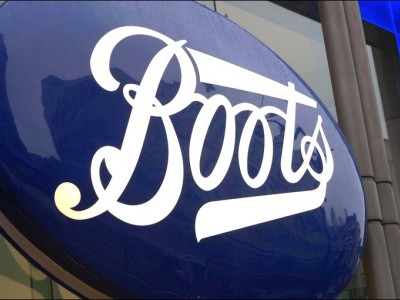 Formed in 1849, Boots is a large pharmacy chain operating in the UK and Ireland. It has a strong high street presence, a full commerce website facility and a very familiar brand name.

Established in 1849 by John Boot, the company developed through the efforts of his son, the 10 year old Jesse Boot, and his mother as they ran the family herbal medicine shop which became Boot and Co. Ltd in 1883. In 1920 the company was sold to an American drug company, but returned to UK ownership in 1933.

Boots began the research and manufacturing of drugs, notably with the Ibuprofen painkiller in the 1960’s, and developed the Nurofen brand name (sold on in 2006).

Boots grew through the latter part of the 1960’s and into the 1970’s with acquisitions including the 600 strong Timothy Whites chain and Canadian drug chain Tamblyn Drugs. The company diversified beyond its pharmacy-based business by purchasing Halfords and developing the Children’s World brand although both were ultimately sold off. The company also owned the Do-It-All chain until 1998.

They diversified into eye care in 1987 with the formation of Boots Opticians and soon became the UK’s second largest optics chain. A “wellbeing” venture providing treatments such as facials, laser eye surgery, homeopathy and Botox was discontinued in 2003.

When Boots was bought for over £11 billion by Kohlberg Kravis Roberts and Stefano Pessina, the company was effectively taken into private ownership - the first time a FTSE 100 company had been bought by a private equity firm. In June 2008 the group’s headquarters were moved to Switzerland costing the UK exchequer an estimated £100 million a year in tax revenues.

As of early August 2014, Walgreens - America’s largest drug store retailer - are progressing with the purchase of a 45% stake in the company costing some .7 billion.

The company funds a charity, the Boots Charitable Trust, to help fund charities helping the people of Nottingham, the city where Boots’ was founded.

The company can also be reached on email through a link in the ‘contact us’ section of their website or by postal correspondence.

A full range of pharmacy-related products covering all types of personal care including grooming and beauty products such as perfumes. Prescription medicines and all manner of OTC (over the counter) medicinal products are available.

Various electrical products such as razors, electric toothbrushes and photographic.