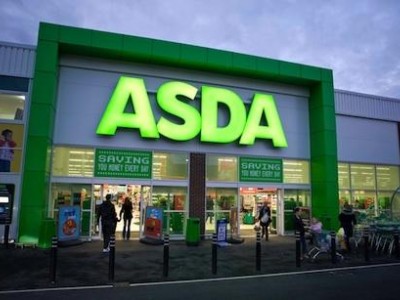 To make a complaint to Asda, call 0844 409 6458. You can try the website which has much information on the various aspects of the company’s products and services. An email option is available for complaints/customer service if preferred.

As of May 2014, Asda was second just ahead of Sainsbury’s in terms of market share amongst the ‘big four’ supermarkets.

The company is a subsidiary of Walmart, the well-known American retailer, and usually promotes itself heavily on price with many special offers running at any one time. Its forecourt fuel sales are unique in that it does not involve itself in local market prices, instead preferring to set its own fuel price wherever the forecourt is located in the country.

The origins of Asda date back to the 1920’s when a group of Yorkshire dairy farmers formed a company which then grew through various acquisitions. The name ‘Asda’ came with the merger of the Asquith supermarket company: ‘Asda’ came from the contraction of ‘Asquith and Dairies’ (often capitalised to make ‘ASDA.’

Asda was based mainly in the north of England, but expanded south when it bought Gateway Superstores in 1989. In 2010, the company bought Netto’s UK operation although had to sell off 47 of the 194 acquired stores after a ruling by the Office of Fair Trading.

Asda’s heavy use of TV media advertising has centred around their ‘low price’ focus with the ‘pocket tapping’ advertising being used in various forms for some 30 years with many high profile celebrities being hired.

Their ‘low price’ claims have occasionally provoked complaints from rivals and adverse rulings from the ASA (Advertising Standards Authority) for making false claims in their advertising. They have, however, been the winner of ‘The Grocer’ magazine’s “Lowest price Supermarket” award for the past 16 years.

Asda has various different format stores along with the standard supermarkets. There are the larger hypermarket-style Supercentres, large supermrket-style Superstores and the non-food retailing ‘Asda Living’ stores.