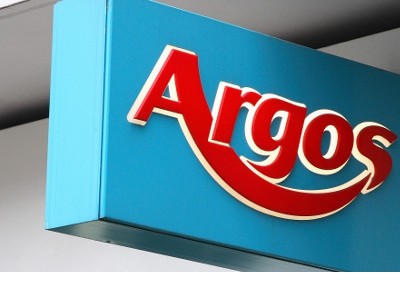 You can make a complaint to Argos on 0844 409 6457. The website contains some useful information relating to product problems and return information, and you can visit your local store if the complaint relates to an in-store purchase or other matter.

Argos is a large British in-store and online retailer with 737 stores and around 340 million website visits a year.

It is estimated that some 96% of the UK population is within 10 miles of an Argos store, and today the company generates annual revenues in excess of £4 billion. Together with sister company Homebase, it is part of the Home Retail Group.

Argos owns various brands including well-known electronics names such as Alba and Bush.

The name ‘Argos’ stemmed from the founder Richard Tomkins having the idea for the business whilst on holiday in the Greek city of the same name. He had previously started the Green Shield Stamps catalogue, and adapted the idea to incorporate customers buying from a catalogue or in-store with cash rather than savings stamps.

The idea was a winner, and the company grew rapidly with stores opening in rapid succession after the original opened in Canterbury, Kent.

Along with a large-scale store re-branding, Argos has tried other initiatives such as HomeStore&More branded stores and Argos TV although both have been discontinued. The Argos credit card has continued so far.

The Argos catalogue is published twice a year, and is available free in-store. It is augmented periodically by mini brochures promoting special offers on selected lines and these are also available in store.

Contact Argos on 0844 409 6457 if you wish to complain about a product or an aspect of the service whether online or in-store.

The website contains useful help information, and you can email the company through a link on the ‘customer services’ section of the website, write to them by post or visit your local store if a store-related issue.

All manner of items under the following headings: technology, home and garden, baby and nursery, sports and leisure, clothing, toys, jewellery and watches and gifts.