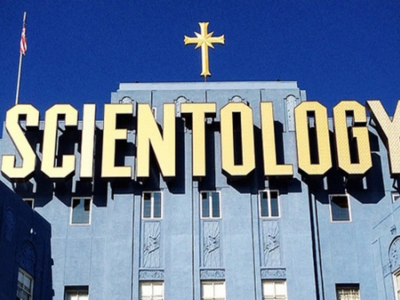 ITV has received complaints after it aired an advert for the Church of Scientology on Monday evening. The 30-second clip aired at primetime between two of the country's most popular soaps, Emmerdale and Coronation Street. ITV has been accused of allowing the church to target potentially vulnerable viewers. The advert asked viewers to...“Imagine science and religion connecting. Imagine technology and spirituality combining. Now imagine that everything you ever imagined is possible.”The church of Scientology was founded in 1954 by the science fiction writer L. Ronald Hubbard. Scientology teaches that humans are immortal beings who have forgotten their true selves. Practitioners aim to re-experience past traumatic events in order to free themselves of their negative effects. This spiritual rehabilitation is known as auditing. These sessions are available on a fee for service basis, which is describes by the church as a fixed donation.

The advert was approved in March 2014 by Clearcast the official organisation whic,h vets adverts, ensuring they do not breach any broadcasting laws. Similar Scientology adverts have previously been screened, but not received the same backlash. The Advertising Standards Authority has considered the recent complaints but found no grounds for further action.